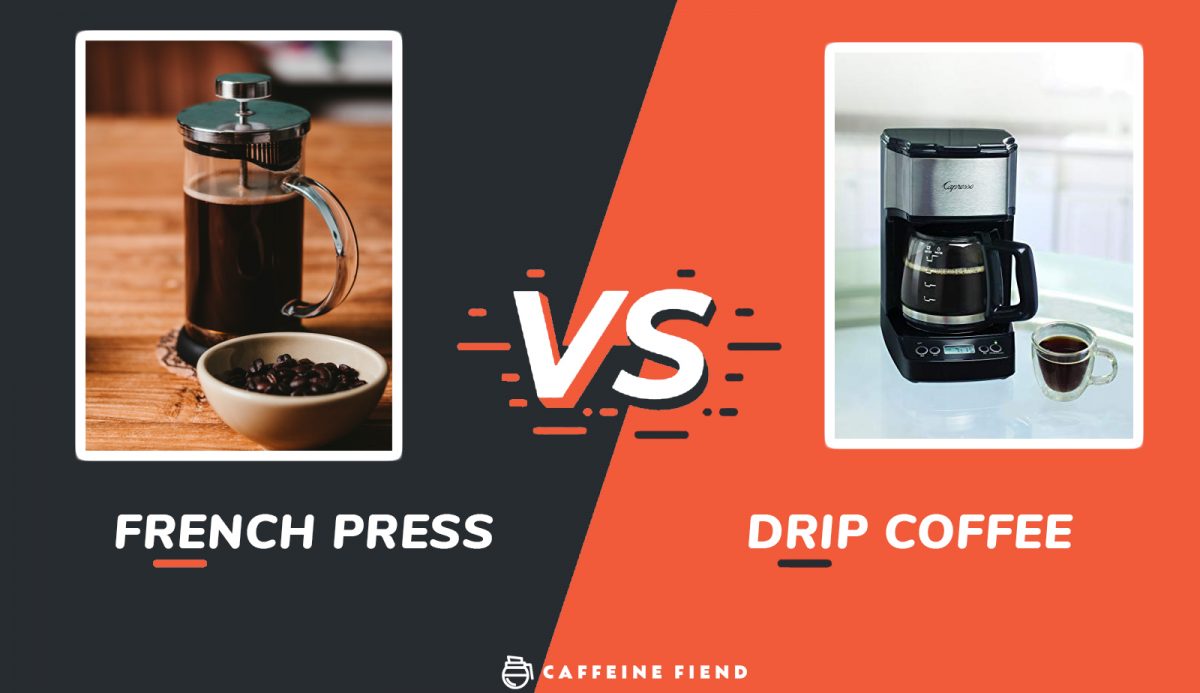 Coffee has undoubtedly experienced a certain renaissance worldwide, and especially within the United States. It has occurred steadily over the last two decades and has brought us to the caffeinated frontier on which we now find ourselves. As the interest in coffee has waxed, the methods used to produce a good cup of coffee have themselves become more refined and complex.

While many caffeine addicts remain attached to their drip coffee machines, another type of café has made headway among the enlightened crowd.

It used to be that in order to produce a truly exception cup of coffee, you had to know a barista who had been in the industry for several years. But boutique coffee production has since shifted to the home. It’s more common than ever to find an espresso machine, mocha, french press or drip coffee maker alongside other high quality kitchen products, as coffee aficionados search for more ingenious ways to manipulate the flavour profile of different roasts.

This leads to a often-asked question within the coffee community: which method is the best for brewing coffee?

It’s a big question, and we’re going to try unpack it below by comparing two of the most popular home-brewing methods – the French press and drip coffee. We’ll be looking at exactly what constitutes each method, the history of their development, the differences in flavor and texture of the resultant brew, and some good tips on how to make some of the most fragrant, delicious and eye-opening coffee variants of each.

French Press Coffee: What is It?

The modern French press as we know it today is a simple construction consisting of a large glass, steel or plastic cylindrical beaker with a plastic or steel lid and plunger which fits snugly into the cylinder. The plunger is equipped with a fine mesh filter to capture all of the coffee particulates, but not liquids, as it moves downwards.

It might be worth mentioning the French press actually doesn’t even deserve to be called French. The machine itself was designed by a man called Paolini Ugo and patented by Milanese designer Attilio Calimani in 1929 – a group of Italians.

It underwent several design modifications by another Italian called Faliero Bondanini, who developed his own patent for the machine in 1958, after which its popularity spread across Europe.

And this popularity has continued to spread, with French press makers becoming a commonplace item in kitchens all over the world. This has resulted in a number of different names for the machine, depending on where you purchase it. In Germany, for example, they call it a Stempelkanne, or stamp pot. In South Africa, New Zealand and Australia, it’s known as a plunger, and the coffee it produces as plunger coffee. In France it is called a cafetière à piston, but often shortened to cafetière, which is what coffee drinkers in the UK and the Netherlands call it too.

Drip Coffee: What is It?

Unlike it’s francophile cousin, drip coffee is a little more straightforward to understand as a brewing method for coffee. Drip coffee involves placing a filter over a container, filling the filter with roasted, ground coffee beans and then pouring hot water through the mixture. The resultant concentrate at the bottom is what we know as drip coffee.

While many people will be more familiar with the drip coffee brewing process through the use of an automatic drip coffee machine, the more minimal, hands-on, pour-over method has become a vogue process in recent years.

Unlike the French press, making drip coffee gives you slightly less control of the brewing process, especially with regards to brewing time. The resultant flavor is also difference since the water passes through the grounds rather than mixing with it for an extended period of time. However, it’s also very easy to do, which is perhaps what has led to its rise in popularity.

French Press vs Drip Coffee: What Makes Them Different?

There are a couple of main differences between French press and drip coffee. The two big ones are the type of grind used, and the amount of control of the brewing variables each method affords you.

The French press requires a coarse grind since the grounds need to steep, whereas drip coffee requires a medium grind in order to let the water pass through it. Because both devices rely on filters in order to get an even and consistent cup of coffee each time, the grind of the beans needs to be just right.

Then there’s the amount of control of the brewing variables which each method allows for. Since the French press gives you the freedom to add as much or as little coffee as you’d like, and steep it for ten minutes or ten weeks, it gives you way more control over the final flavor of the coffee. Drip coffee, on the other hand, is going to give you a fairly consistent brew every time.

The natural oils within the coffee bean is the factor most responsible for the particular flavor of the coffee, and it’s these oils which get filtered out when coffee is prepared using a drip filter. Drip coffee uses osmotic pressure to drive the coffee concentrate out of the beans, which can result in an over-extraction when robs the coffee of its essential oils. The French press does away with over-extraction by using a much slower brewing process. Here, the grounds and the oils within them, are not merely saturated and then discarded. Rather, they’re allowed to steep, and the water as well as the heat draws out the oils and retains them in the final brew. It’s this extraction which captures the richness and depth of flavor for which the French press has become renowned.

All of the above variables affect the taste to a greater or lesser degree. While drip coffee, especially machines, can produce full-bodied brews depending on the exact model you use, more often than not it’s going to be the French Press which produces a stronger, fuller-bodied cup of joe.

The Science Behind the French Press: Here’s Why It’s Not the Same as Drip Coffee

With many other coffee-brewing methods, hot water is poured through your ground coffee beans, and how finely you’ve ground your beans is going to determine how quickly this water passes through. This ultimately has an effect on the flavor, strength, and bitterness of the end result.

A French press works slightly differently in that the brew yield, grind size and brew time are not married to how much water passes through them. With a French press, you’re much better able to control all of these variables, which in turn will give you a lot more control with regard to the final brew.

Unlike the pour-over method, which using hot water to extract flavor from the grind pretty aggressively, a french press is all about going low and slow. It allows for an even saturation of the grounds rather than an uneven stream of water passing through them, which in turn makes for a more balanced flavor.

Is French Press Worth the Extra Effort?

It all depends on how pedantic you are about the flavor of your first cup of coffee.

For many people the ease and convenience of drip coffee is one of the main reasons that they invest in either a drip coffee machine or a set of pour-over filters. There’s something to be said about simply pushing a button, waiting for a couple of minutes and receiving a decent cup of coffee in the morning.

In the same breath, if you’re a coffee aficionado who understands the difference between dark roasts and light, prefers single origin compared to multiple, and knows how to coaxe the best and most delicate flavors from your grind, then going the full mile with the French press is going to undoubtedly appeal to you.

Fifteen minutes waiting time is a small price to pay for a full-bodied, velvety-textured cup of the dark stuff.

Making Coffee with a French Press

To make a cup of coffee using a French press, use the following steps:

I’m a French Press Noob – What Gear Should I Buy?

If you’re new to the French press and unsure what to buy, then we’ve got you covered.

Perhaps the best overall French Press is the Chambord by Bodum. It’s a classic French press that can trace its design all the way back to the fifties, but that still uses the same manufacturing processes today. It’s of the glass and stainless steel variety and is perfect for one or two servings with a 12oz capacity.

For a more premium model and one less prone to breakage, the Freiling double-walled stainless steel French press is the one to buy. Not only is it beautiful to look at, but with a capacity of 36oz, you’ll be able to brew enough coffee for a party of five or six.

How to Make the Best Drip Coffee

In order to make a perfect pour-over drip coffee, we’ve put together a number of steps for you to follow below:

I’m Looking to up my Drip Coffee Game – What Gear Should I Buy?

With regards to drip coffee machines, the Bella 12 Cup Coffee Maker comes out on top. Not only is it affordable and stylish enough to fit in any kitchen, but it can brew consistently great cups of coffee in only nine minutes.

And if you’re serious about pour-over drip coffee, then we recommend the Kalita Wave 185 Dripper as well as the Kalita Wave Series 500. Bolster your purchase with Kalita’s wavy filters in order to produce a fast and incredibly delicious cup of coffee.

Can’t spring for French press? Here’s How to Make the Most of Your Average, Everyday Cup of Joe

If you’re not in a position to grab the latest and greatest French press just yet, that doesn’t mean there aren’t some steps you can take in order to up your coffee game to the next level. Coffee, after all, is about more than just the device used to brew it.

There are two important things that will change your morning coffee routine for the better: your bean and your grinder. Choosing a well-roasted coffee bean is the basis for getting the most delicious-tasting coffee possible. Of course, this is a matter of taste, so you’ll have to switch it up until you find one that you really like.

Now that you have the beans you’ll want to get a grinder. It doesn’t have to be an expensive electronic one with different gauges and measuring tools; a hand grinder will work fine. The important thing is that you have a tool that can produce consistent grinds that range from fine to coarse depending on your needs. Check out our favorites below for all budgets:

2 Replies to “French Press vs Drip Coffee: Which is Better?”