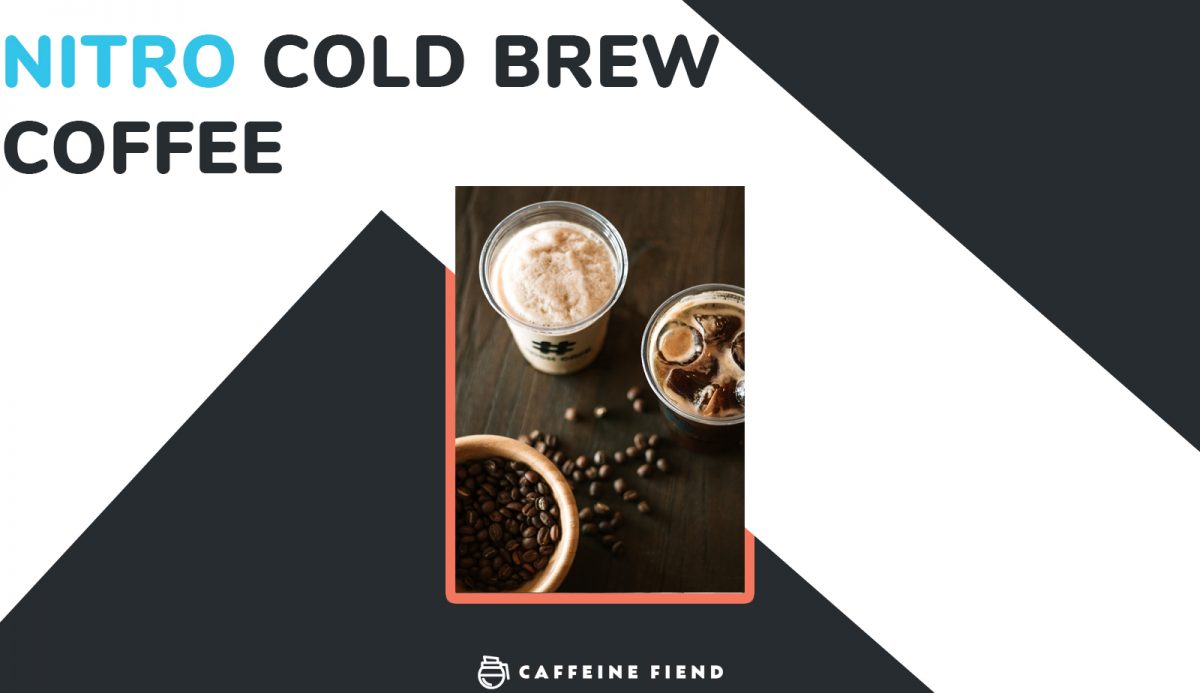 When you hear the words “nitro cold brew coffee”, what’s the first thing that comes to your mind?

Well, The Fast and the Furious movies are a guilty pleasure of mine (don’t judge me), so when I first heard about nitro cold brew coffee back in 2015, my first though was that the caffeine must hit you faster than regular coffee.

However, I soon learned that there was much more to it than that. Here’s everything that you need to know.

Why is the Brew called “Nitro Cold”?

Well, it’s not because it gets into your cup faster, and the jury’s still out on whether or not it will increase your running speed. It’s simply called nitro cold brew because it’s cold brewed coffee that has been infused/charged with nitrogen.

If you go to your favorite coffee shop and order a NCB (as it’s sometimes abbreviated), you’ll no doubt see your barista serving it from a tap like a bartender would serve beer. This isn’t a coincidence.

Some draught beers (like Guinness) use a mixture of nitrogen and carbon dioxide to give the drink a rich and creamy head. If you’ve ever had a nitro cold brew coffee then this should sound familiar, since it also features a thick and creamy head thanks to the nitrogen.

What Can I Expect from A Good Cup of NCB Coffee?

On the surface, NCB and regular coffee do seem to have a lot of the same benefits.

So, what sets it apart from regular coffee?

Sweeter Taste Without the Sweetener

Virtually everyone that’s had a cup of NCB coffee will tell you that is noticeably sweeter than the average cup of coffee. This isn’t because there is more sugar or creamer, it is the nitrogen that adds the sweet taste.

You can’t tell me that this doesn’t sound like something from a fantasy world. A super sweet cup of coffee that doesn’t contain conventional sweeteners.

I’m not the only one that’s amazed by this fact. This is the primary selling point for a lot of people and its why they are considering (or have already) switching from regular coffee to nitro cold brew.

We all know the dangers that excess sugar consumption can potential lead to: type 2 diabetes, obesity, and heart disease are just a few of them.

More Caffeine for Your Cup

A cup of nitro cold brew would have a significantly higher amount of coffee grounds than a regular cup of coffee, leading to a higher coffee-to-water ratio.

One example of this is the Starbucks Reserve Nitro Cold Brew, which has 280 mg of caffeine, almost 20% more than their Caffè Americano. There are even reports of some companies that produce nitro cold brew coffee with over 30% more caffeine content than a regular cup of coffee.

There have been several studies that show that caffeine has several benefits; like lowering the risk of type 2 diabetes. So getting a more concentrated does of caffeine could potentially be a good thing.

Still, if one cup has so much caffeine it could make it easier for people to overdo it. Too much caffeine can potentially lead to headaches, increased anxiety, and high blood pressure.

The term “mouthfeel” is pretty straightforward; it refers to how something feels in your mouth. Texture, smoothness, and density are all factors that contribute to mouthfeel.

When compared to regular coffee, one of the things that stands out about nitro cold brew is its texture; it’s distinct thick, rich and creamy.

This is particularly evident in the layer of frothy foam that lies at the top. Most people that drink NCB for the first time often compare its mouthfeel to beer.

Can You Make Your Own Nitro Cold Brew Coffee at Home?

If you’ve fallen in love with NCB coffee, it may have saddened you to realize two things; it’s somewhat pricey and it isn’t available everywhere. Prices for a cup can range from $3 to $5 (and sometimes even more).

You bought an espresso machine when you wanted espressos at home, right? So why can’t you do the same for nitro cold brew?

All you need to do is make the cold brew iced coffee of your choice and then put it into a whipped cream dispenser that has a nitro charger. There are affordable options out there; like the Animato and the ICO.

Then, grab your glass and dispense the coffee (just like you would if it was whipped cream) and enjoy!